Celebrating my journey of Pride

Home - Our Good Stuff - Celebrating my journey of Pride 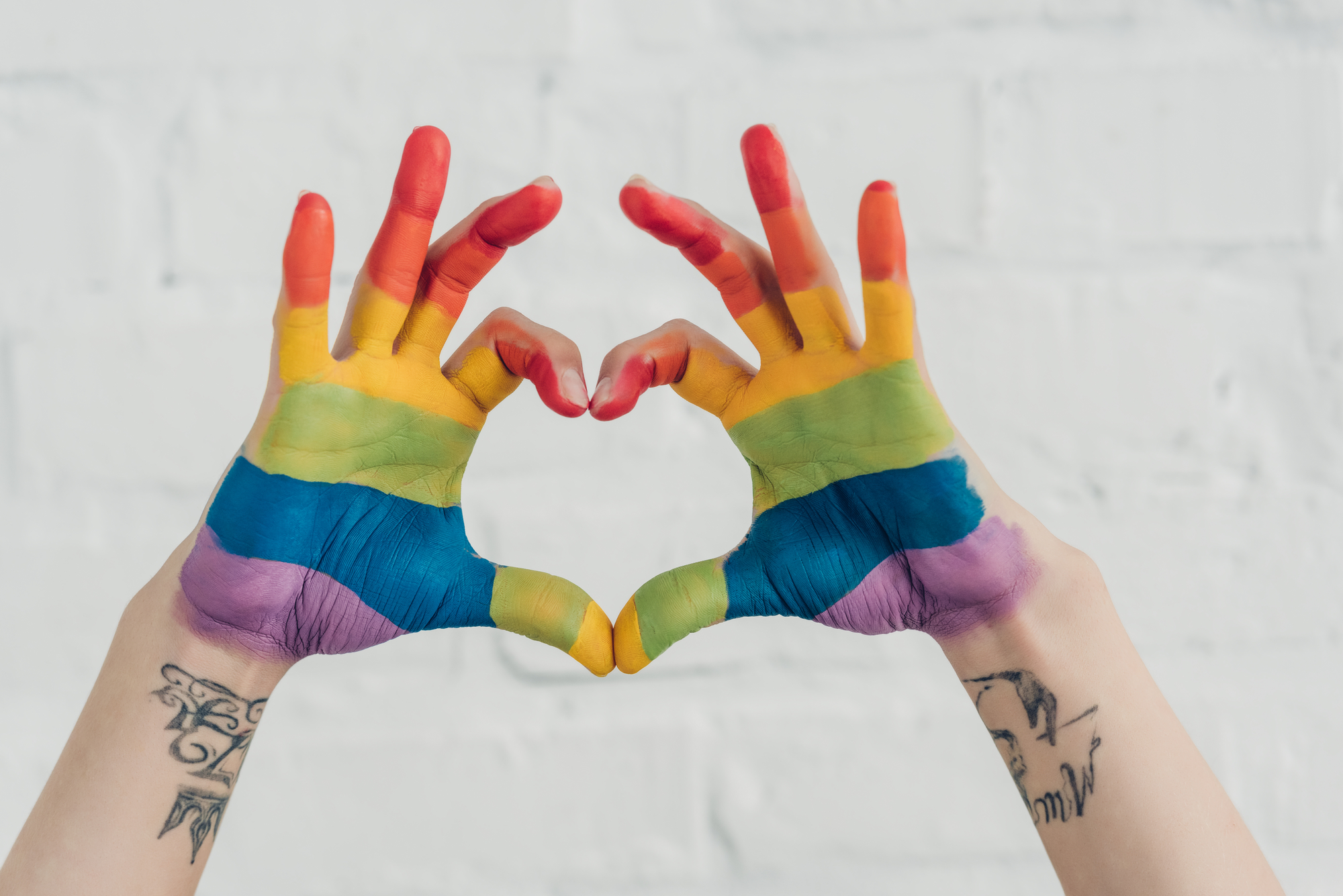 I grew up in a village in the 70s and 80s and seemingly there were no gays. Since leaving home at 18 I’ve met some amazing people and, seeking variety, diversity, fun and friendship, some are of course gay.

It helped that the first tribe I became part of was my university’s women’s rugby club – although to correct that gay stereotype, there were more lesbians in the women’s football club than in our rugby club.

One of my best friends had a sex change in her/his twenties. To this day he is one of the bravest people I know and my breath is stolen away when I simply think about the fear, vulnerability, prejudice and hardship he set out to endure in order to get to the end of his rainbow. To re-design the life that he wanted, and become the person he wanted – and needed – to be.

Two more best friends quietly and courageously came out later that decade. We watched with support, compassion and good humour as they took their ‘Bambi steps’ into dating and rode the roller coaster of first love.

In my thirties I met another kind of different person when I took part in a confidence-building exercise with, an incredibly brave transgender at a women’s networking event.

And in that same decade I met a new friend at work, who went on to become a lifelong friend. He wasn’t ‘out’ in the office although everyone knew. He found love and I was fortunate to become part of a very close and trusted group of friends and comrades around the couple, culminating in their mixed-gender and sexuality STEN weekend in Stiges and, of course, their beautiful wedding.

Now into my forties and my best gay friends are now married – and they all chose really inspiring life partners. How wonderful is that? Witnessing their love finally accepted by the law, and, perhaps more importantly, by their parents raised in the generation of “what will the neighbours think?” have been decade highlights for me.  As have the special moments when my kids’ Guncles come visiting. Last time we made gingerbread houses and played chess.

I feel hugely proud watching young children in my family and in my neighbourhood express themselves fully, feeling unintimidated and accepted, with love, for who they are – regardless of who they are. Boys practising dance and wearing pink; girls with short hair on skateboards and playing football. These were behaviours that were discouraged and frowned upon when and where I grew up. No longer in my neighbourhood and not on my watch.

The proudest moment of my life so far was when my son was five. Always a keen and confident reader, he was enjoying reading a book on real-life male role models that his Aunty Clare and Tia Lola had brought for him when they came to visit from Spain.

My son was particularly drawn to the story of the American rapper, singer and song-writer Frank Ocean. After he and his aunties finished reading it, he turned to them and said “What does being gay mean?”

I jumped in, proud to respond in front of my gay friends and lest they felt put ‘on the spot’ by a child’s direct line of questioning.

Jacob didn’t looked surprised or shocked. He didn’t flinch, or look up at his gay aunties. He has so many gay uncles and aunties. They are his normal, his role models, his support, his family.

This was – and remains – my biggest moment of Pride.

My work, a huge part of who I am, brings me pride too. My company – deliberately designed to help leaders and organisations build inclusive teams and workplaces. Leaders need to be – and to role model – inquisitive, open, vulnerable and ready to listen and learn. These are the skills we coach, this is the enriching journey of pride we invite them to go on.

Will you embark upon, or lead your organisation, on a journey of pride, towards a more inclusive place and way of working?

LEARN MORE ABOUT OUR WORK