Stop losing talent by ignoring mental health in the workplace 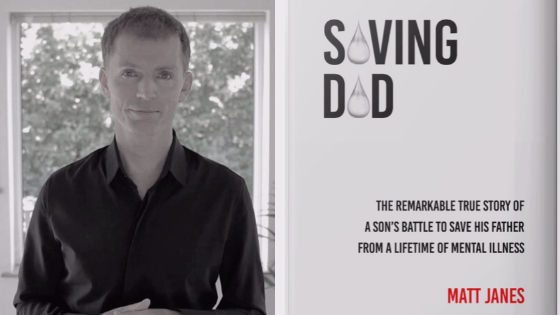 Every year, one in four people in the UK will experience a mental health problem. That’s a staggering amount. That’s a quarter of your workforce who may be struggling this year. What impact will that have on their wellbeing and work, and your overall business performance? Just think of all that wasted potential.

When confronted with facts like this, it’s strikingly clear why leaders need to do more than just pay lip service to mental wellbeing.

“We need a revolution,” says neuroscience and mental health practitioner Matt Janes. “Companies have got to recognise that mental health issues are endemic. Everyone has a form of mental health and it’s very easy to get tipped over the edge. We’ve got to have an open and honest dialogue.”

Janes, who consults on how increased resilience to stress can increase staff productivity, has documented his experience with mental health issues in his very personal book, Saving Dad.

Over four decades, Janes has watched his father battle with bipolar. “The book journeys through the rollercoaster of Dad’s mental illness – quite extreme highs and then real depths of despair – and my reaction to it,” Janes tells us.

“It also deals with my own struggle with mental health, which is partly genetic and partly brought on by the experience of seeing Dad so ill at such a young age. It gave me a feeling that the world isn’t a safe place.

“I always struggled to find meaning and purpose at work; work never gave me that peace where I felt fully in flow,” he continues.

It was only after Janes sold his business, as a result of ill health caused by stress, that he found his purpose. “I studied neuroscience and functional medicine. Then it all began to sink in.

“Once I was truly aligned to my purpose in life, I absorbed it all, textbook after textbook and some quite difficult science. I wanted to understand mental health to try to save Dad.”

Driven by a desire to help his own father, Janes now goes into organisations to help them build a better culture of belonging and equip HR teams to be able to have conversations around mental health. “I get called in to shine a light on stress and demystify it,” he says.

“I talk about what it is, how it manifests, and how your body can go awry under great stress. The key takeaway [for employers] is get prepared, have a support system and know what you’re going to say to someone who is really struggling.”

With so many people affected by mental health issues every year, organisations are missing a trick if they don’t engage with this critical business issue. They risk losing top talent and often the most creative people.

“I’ve come to the belief that people who struggle with mental health issues are quite special people and often extremely creative,” says Janes.

“They might be vulnerable, but they have talents that sometimes other people don’t have. That is backed up by the science, which says people who suffer with mental health issues tend to be left-brain dominant.

“The people who struggle are often the ones who have the strongest light to shine. Think of Ernest Hemingway, Robin Williams, Stephen Fry – people who are (or were) hugely creative but vulnerable.

“Organisations are going to lose that innovation and creativity if they allow mental health to lie dormant and don’t shine a light on it.”

How can leaders address mental health in their organisations?

Building creative and inclusive cultures, which nurture a true sense of belonging, are at the heart of what we do at Equal Talent. If your company culture embraces diversity and people are encouraged to be their true, vulnerable selves, then that is when the best ideas emerge and innovative progress is made.

Inclusive cultures must come from the top down; they must be sewn into the fabric of a company. “If people who are more senior show their vulnerabilities, it can really help people lower down,” believes Janes.

Higher levels of emotional intelligence is required from leaders to truly understand what “Are you ok?” means and be prepared to deal with the answer, however difficult.

“If they’re not allowed to feel safe and speak up, or they get bad advice from HR, then they’re going to end up gone. There’s a personal tragedy and a business tragedy in that.”

Saving Dad by Matt Janes is available to buy now – follow this link to order your copy:  https://www.savingdad.co.uk/